A closer look at some of the prices we have seen since the beginning of the year:

The Scope of ISPM 15 states "The phytosanitary measures described in this standard are not intended to provide ongoing protection from contaminating pests or other organisms".  Given that, it is still important to reduce the opportunity for problems overseas by being proactive in protecting treated WPM.  Ways of doing this include:

Properly caring for treated WPM prior to international use is one more way of insuring potential problems do not become a reality.

"Christmas is the spirit of giving without a thought of getting. It is happiness because we see joy in people. It is forgetting self and finding time for others. It is discarding the meaningless and stressing the true values." 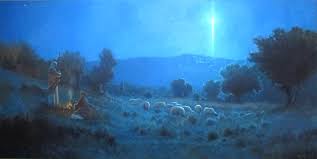 Our offices will be closed on the following dates in order for our employees to enjoy the holidays with their families.

We wish everyone a blessed Christmas and a new year that provides good health, success and all the best.  Thank you for allowing us to be of service to you!

TP has developed additional  WPM training modules on our website to assist in the training of facility personnel.  The modules are set up as PowerPoint presentations with many pictures and easy to understand explanations.  These modules can be reviewed individually on a computer or projected on a wall or screen for training classes with larger groups.  Please take advantage of these resources to ensure that everyone involved in your IPPC program has a good understanding of the ISPM 15 requirements.  There are also three modules in Spanish for employees that are more comfortable with that language.

"Southern yellow pine lumber prices remain high amid October’s hot housing starts numbers. However, the market continues to be affected by the ongoing softwood lumber dispute; Canada is now taking its case to the World Trade Organization (WTO), which will start a potentially lengthy contest before the international commercial body. Canada is also fighting the case through NAFTA’s dispute-resolution system.

Canadian softwood lumber exports to the US are down roughly six percent through 3Q2017 compared to last year. British Columbia (BC) has been most heavily affected, as its exports to the US have dropped 20 percent—partly due to devastating forest fires and damaged timber due to the Mountain Pine Beetle infestation. This has resulted in annual allowable cut (AAC) reductions in BC, which in turn has led the Forest Analysis & Inventory Branch of the Ministry of Forests to forecast a drop in timber supply of 25 percent over the next twenty years, from 76.71 million cubic meters in 2016 to 56.91 cubic meters in 2035.

Offshore lumber producers have moved to take advantage of the gap left by the decline in Canadian exports to the US. For the first half of 2017, offshore imports into the US rose 38 percent and, according to data from the US Department of Agriculture, Russian shipments are 42 percent higher in 2017. Russia is not the only country benefiting from the US/Canada trade dispute; a number of European nations also increased softwood lumber exports to the US during the first six months of the year:

The volume of these softwood lumber imports is nothing near traditional Canadian volumes—shipments from Russia totaled 4,214 cubic meters in May—but other foreign producers are beginning to tiptoe into the massive North American market. Cumulatively, these countries could have an impact on meeting near-term demand while filling the supply gap and, long term, could establish supply chains that might make the US a consistently viable destination for their softwood lumber exports."